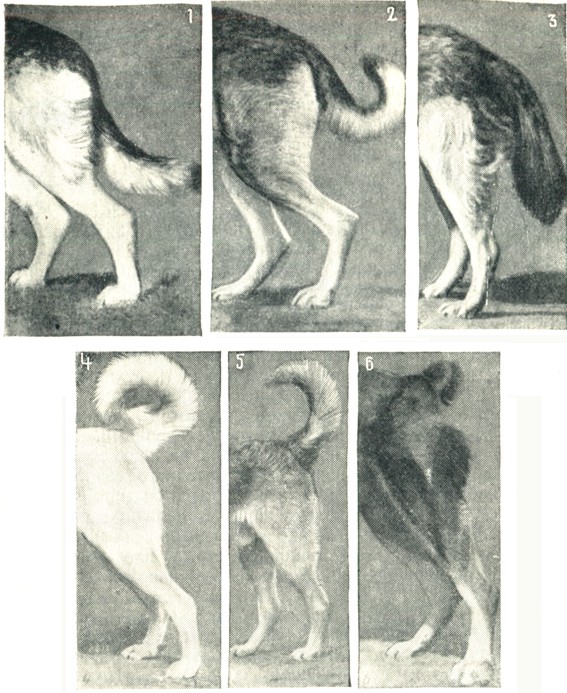 Dog's tail. It can be fitted and worn in various ways. Embedding high (mops) or low (spaniel) affects the way it is worn. The number of tail vertebrae varies from breed to breed, and even within the same race. There are races that are naturally tailless or short-tailed. The tail can be straight or curled, and even corkscrew or broken (bulldog). The manner in which the tail is carried is a trait typical of many breeds and, however, has less utility significance, it is, however, in breeding that great importance is attached to the correct appearance and wearing of a tail, as well as his hair. On this occasion, it is worth mentioning, that tails are often trimmed too short. If the tail is trimmed, the rest of it should be that long, that, when lowered down, it covers at least the anus, a u suki i srom. In medium and large adult breed dogs, the left part of the tail should be the same width as an adult male's hand. When judging the tail, it is observed both in motion and still.