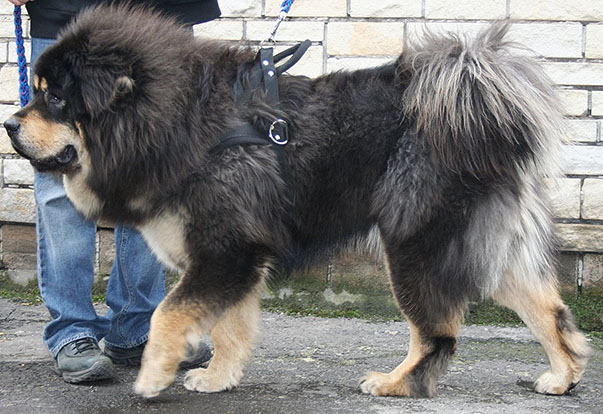 Many authors, trying to derive the current dog breeds from some ancient ancestors, it dates back to Assyrian and Sumerian sculptures, and from the then molossians it goes to the Tibetan Great Dane. From it, in turn, draws a lot, if not all races of long-haired giants. How much is it in reality, and how many fantastic assumptions, it will probably never settle down. It is a fact, that in the last century and in the first quarter of this century, sporadically they were brought by zoos or by travelers.

These dogs were quite different types, and because neither in their homeland has a pattern been established, nor has any country adopted this race, The FCI tried to fill this gap by announcing the pattern. Practically, however, these dogs very rarely appear at shows, and the pattern is given because the race is often referred to as the forefather of many others.

Head. Wide, massive. Mouth of the Mastiff type, but lighter than him. The bite is perfectly even. Strong jaws. Brown eyes, medium size. Pendulous ears, medium long, smooth, heart-shaped. They are set on the sides of the head, in the attention directed to the front.

Tail. Set high, folded over the back to the side, very thick and fluffy.

Ointment. Black and tan and gold.