Gawron, just like other corvids, makes short movements in unfavorable seasons of the year. In autumn and winter, the herds of rooks spread throughout the European continent, while during the nesting period they completely leave the south-western regions. Unlike crows, which nest scattered, the rooks flock to colonies of the dozen, and even hundreds of individuals. They choose tall trees to build their nests. It is not uncommon to find trees, with many nests separated by 1 m. Since February, after winter troubles, the rooks return to their nests and start repairing them. In early April, the female lays 5 do 6 eggs that resemble black crow eggs. The young hatch after 17 days of incubation, and both parents feed them for about 30 days. Young rooks are very noisy. Unlike small crows or magpies, they scream incessantly from the first day of their lives.

Like all colonial birds, rooks they keep each other safe by attacking collectively and therefore the young do not have to be quiet and feel safe. Birds nesting in isolation do not have this ability to defend themselves. For this reason, their young are silent, so as not to draw attention to yourself. 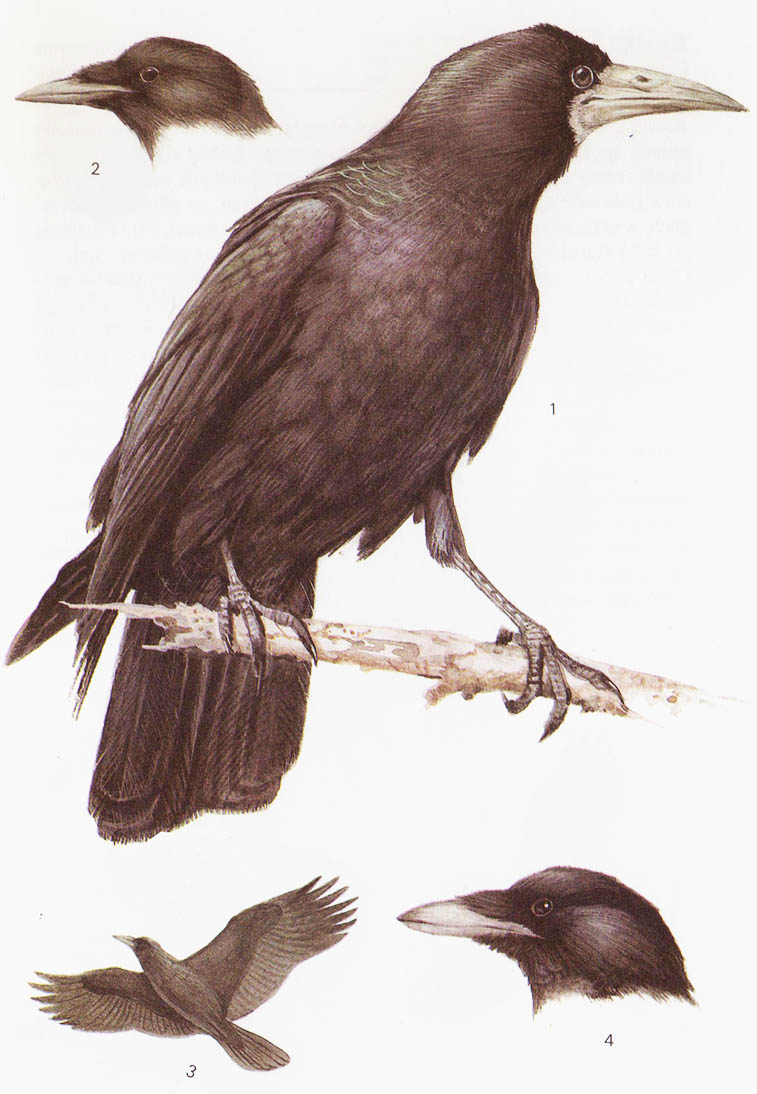 Gawron (1) having black plumage with a bluish sheen, it is often confused with a carotid, whose black plumage glows metallic green or purple. The rook's beak is not as strong as the rook's beak, it is thinner and softer. Just like other prey, the rook has feather harem pants, covering the shin. Old rooks can be identified infallibly by some interesting detail, namely, after a patch of greyish scaly skin at the base of the beak, visible even in flight. Czarnowron, on the other hand, has a spiky whiskers at the base of its beak (4). Young, annuals, the rooks do not have such baldness yet (2, 3); they can only be recognized by the shape of their beak and their hawks. Rooks leave the fields during the sowing season. They are considered pests, which are hunted. Pest