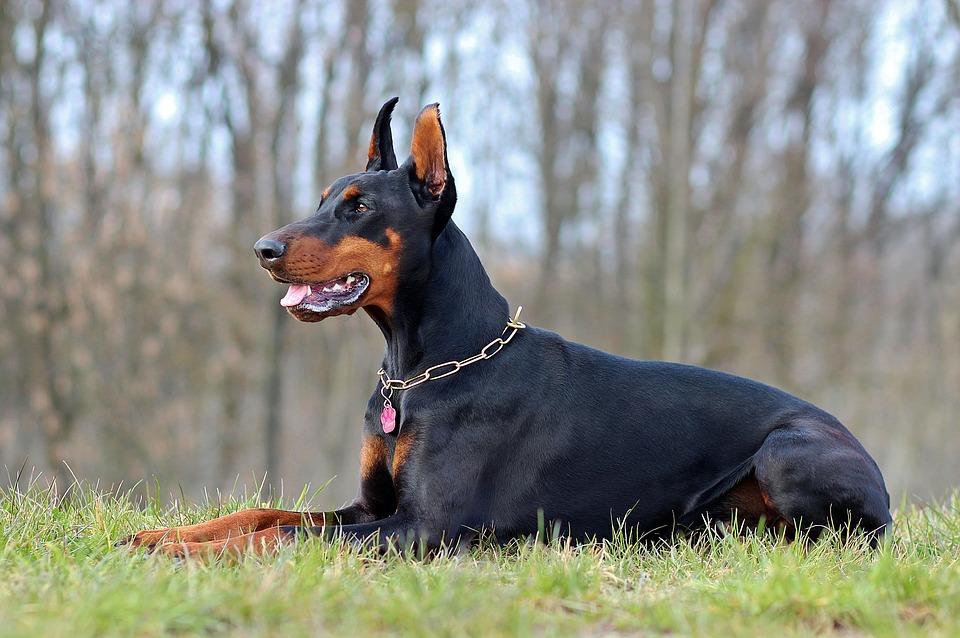 This exercise is designed to educate the dog, that he would immediately lie down on the ground at the appropriate password and remain in that position until further notice. The password may be the word "down" or something else, e.g.. accepted by us and practical due to its shortness the English "down” (read. leaf), or some specific sound, e.g.. whistle (always the same, but different from those issued under other circumstances), or also, as for hunting dogs, the roar of the shot. In addition, we teach the dog to carry out this order on an optical signal - e.g.. vertical extension of the right hand or holding the shotgun to the shoulder. This exercise is extremely important and every working dog should do it quickly, no matter the distance, in which it is from its master.

We only start learning how to fall down, once the dog has read the command "sit down” and performs it flawlessly. Both of these activities should not be taught simultaneously, because it makes learning very difficult. The exercise itself is basically the same as the previous one. The dog should lie straight with the paws stretched out in front of him, and the rear seats arranged parallel to the seat. We are doing the same as before, With this difference, that the severe compulsion is a short blow along the back or possibly at the top of the shoulder blades. This exercise is extremely depressing for the dog and therefore cannot last too long. Enough for a start, if the dog is commanded quickly and stays there for a while, then summon him to the sit down position” or we recall ourselves with the slogan "come here!”. Then we praise and reward.

As efficiency grows, we extend the time of restraint. An adult dog can survive in this position for a quarter of an hour, and even an hour. Initially, you can require, that he should lie down with his head stretched out on his front paws, and thus less exposed to the temptation to jump off. However, it is not necessary and therefore can only be punished for an arbitrary uprising, but allow you to raise your head and look at you. First, the dog hovers within reach, then gradually, from one lesson to another, we are moving further and further away from him. The distance, however, should never be so great, so that the dog may not notice the given order due to the distance.

A guide may need a helper here, which, basically not taking part in learning, it would only have to hit the dog with the rod along the back, if he had not obeyed the Lord's orders immediately. The order and the blow should come simultaneously. Apart from that, the helper does nothing else; it is only an "extension” of your distant hand, and that's fine, when it changes often. Under no circumstances is he allowed to speak to the dog. Its role is somewhat accidental and is limited to one-off only, energetic, quick stimulus application in order to expedite the dog's execution of the handler's command.

Exercising with the helper is useful in teaching a hunting dog, but they should not be applied to a dog trained as a guardian. Such a dog can never be hit with impunity by a stranger, contrary, it is supposed to respond to any aggression with an attack.

After all the lessons are depressing, like sitting down and downing, you have to give the dog some entertainment. It's just best to start playing or frolic with him, thanks to- there is relaxation and re-approach, which has necessarily suffered a little from the exercise. Both with the previous exercises and with the downing, if the dog takes off and leaves the indicated place, we do not repeat the order immediately, but we lead the dog to the abandoned place and only there we set it back in the previously commanded position.