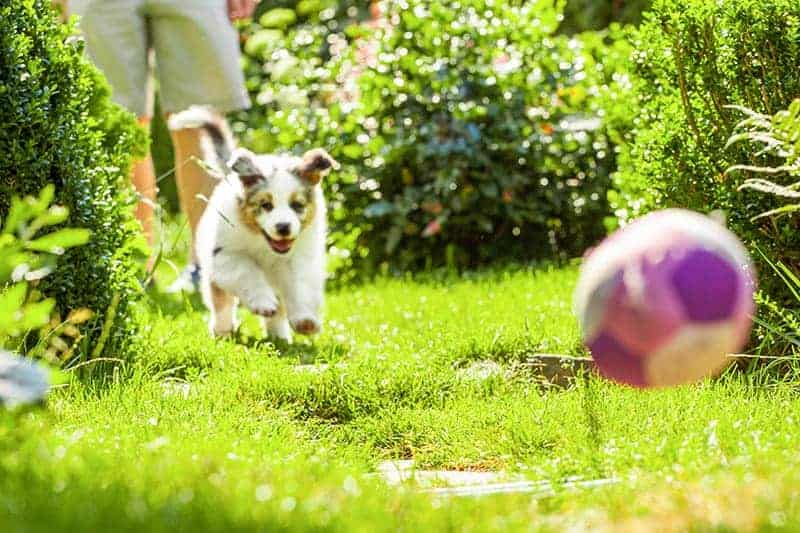 Learning discipline (the arrival of the dog on call) it's actually very easy, because it is based on the pack instinct manifested in the form of attachment to the guide. If there are so many dogs trained according to the anecdotal form of "come here or not", after which the dog does come sometimes, sometimes not, it is the result of such frequent misunderstanding of the dog's psyche. The point is, to create a reflex in the dog, that after the beep, e.g.. "come here", or a proper whistle (constantly the same, but different from those issued under other circumstances), or an optical signal (gentleman bend over with patting his thigh) there is an action that is pleasant for the dog - giving a tasty morsel or stroking.

To teach a dog to discipline, you cannot create a situation, that the recall signal can also foreshadow something unpleasant or even painful. Let's remember, that the dog willingly comes to you, however, it will not do so then, when or facing the prospect of something more attractive (chasing a bitch or a cat), or when the pleasure of approaching you is combined with the fear of suffering some kind of unpleasantness.

From the moment of acquiring a dog, we should call him only for pleasant things (feeding, fun, spacer), lest he associate his cry with the sorrow caused to him by the master. In this way, our pet does not get bad experiences and has complete trust in us, which we should never fail.

Having created a state of affairs so promising for both sides, we go for a walk with the dog. The dog first walks on the rope, then slowly at the leg, finally we send him "onward!”, and after a few minutes we recall to each other. The Lord's call is pleasant, especially, that he is carrying tasty morsels with him - a reward for a quick return. So the dog comes to the signal quickly and willingly.

Pan, happy with the dog, he releases him again with a signal "ahead!”. And now the dog tragedy begins, resulting from a mutual misunderstanding. Our pet, full of temperament and life curiosity, accidentally scared a hare somewhere under the copper plate. Hare, like this hare, not curious about dogs' acquaintances, he starts to run away, according to its nature. A new world opened up for the dog. For the first time in his six-month life, he met such an attractive fragrance. In addition, the source of the smell escapes. Our dog is awakened by the call of blood, and the eternal instinct of chasing prey makes him go in pursuit as fast as he can. Unfortunately, the owner does not think so and calls or whistles. The dog, however, is so preoccupied with the new experience, that it does not respond to calls. At the moment a signal ,,come here” it is associated with pleasant memories, but the pursuit of unknown prey, whose escape awakens unexplained instincts, it is much nicer. So he acts like a child, who, despite being well behaved, chooses the more pleasant thing. The Lord remains and becomes angry with ,,the disobedient dog, who preferred to listen to the voice of the blood of his ancestors than to the voice of the guide. As the chase continues, the lord's indignation at the dog's actions grows, and his anger arises, which as always, so and here it turns out to be the worst advisor.

Finally, "Rogue” he has lost sight of the hare and comes back in merry hops. The Lord grasps him brutally by the neck and beats him with the symptoms of anger to the accompaniment of the sermon, in which words are usually spoken: "I called you, Rogue, come here!” e.t.c. The dog doesn't understand any of this, and only his mind registers him: The smell of the game was interesting, pursuit of delightful pleasure, and the return caused a hardship, which was accompanied by the sounds of "Łobuz” and "come here!”, so far always heard only under pleasant circumstances.

This is how confusion and distrust of you arise, because the sounds of "Rogue” and "come here!"Have been associated with unpleasant consequences.