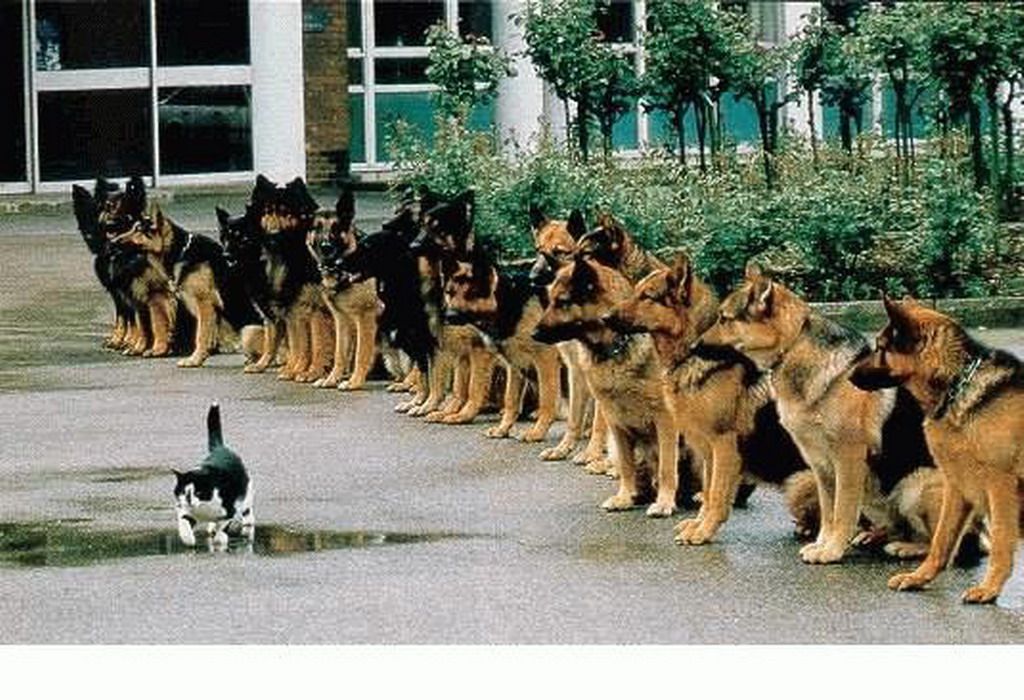 The task of the already discussed exercises "down!” i ,stand ”was only a temporary immobilization of the dog for a few minutes. However, the situation often happens, when you need to leave it somewhere for a long time, maybe even for hours. You cannot then demand from him, to endure so much time in the "down" position, and the less "stand". Besides, we recalled the dog at a distance with the next slogan, "come here!"Or" forward!”, without approaching it.

After ordering "stay!"Or" lie down!” (any signal anyway) we demand, that the dog remains in the indicated place no matter what, what will happen around it and we never recall it at a distance during exercises, but we come back for it.

The dog after the order "stay!"Is to wait for our return and not to voluntarily leave the post. In case of serious danger, of course, if we needed the dog's help, contrary to this principle, we recall it at a distance. But this should not be practiced.

After the tone ,,stay!"We leave the dog in the indicated place, not paying attention to its position. It just might be as comfortable as possible to lie down. Of course, cannot be required, to lie in the mud. We put something of our own next to it (backpack, briefcase, handkerchief) and we walk away a few steps, as before for the exercise ,,stand!” Initially, we tie the dog on a chain, not using a link, that he could eat. We move away briefly at first, then for longer and we come back from more and more different sites. We observe the dog's behavior, and every attempt to leave the place is scolded "stay!”, a blow with a wicker bar or a slingshot shot. To this end, we move further away and go back against the wind, as far as possible imperceptibly for the dog. When we notice a desire to get up, we immediately shoot the slingshot, calling "stay!”. A possible helper reacts in the same way with a slingshot, but without a word. The helper can place himself on a tall tree, out of the dog's sight and smell; his role is limited to shooting at the dog in case of disobedience. Kara also meets the dog for whining, howling or other means of summoning the master. The more confidently the dog lies, the longer the exercise takes. The dog is left elsewhere each time: at first in a secluded place, no attempt, then between people, finally, among the animals, e.g.. before the departure of inhabited rabbit burrows. The dog should become convinced, that from the moment he left him until the moment he took him away, he must lie still and not react to anything. As learning progresses, the dog is left untied.

After prolonged practice of exercises repeated for weeks, and even months, can be allowed to change position (from lying down to sitting), but any attempt to leave the seat should be automatically punished. It is also not allowed to put up, for the dog to get up when you come back, showed anxiety or even ran to meet him. When it comes to guard dogs, continental pointers, and even spaniels, terriers, dachshunds or poskowki, staying can be combined with guarding items.