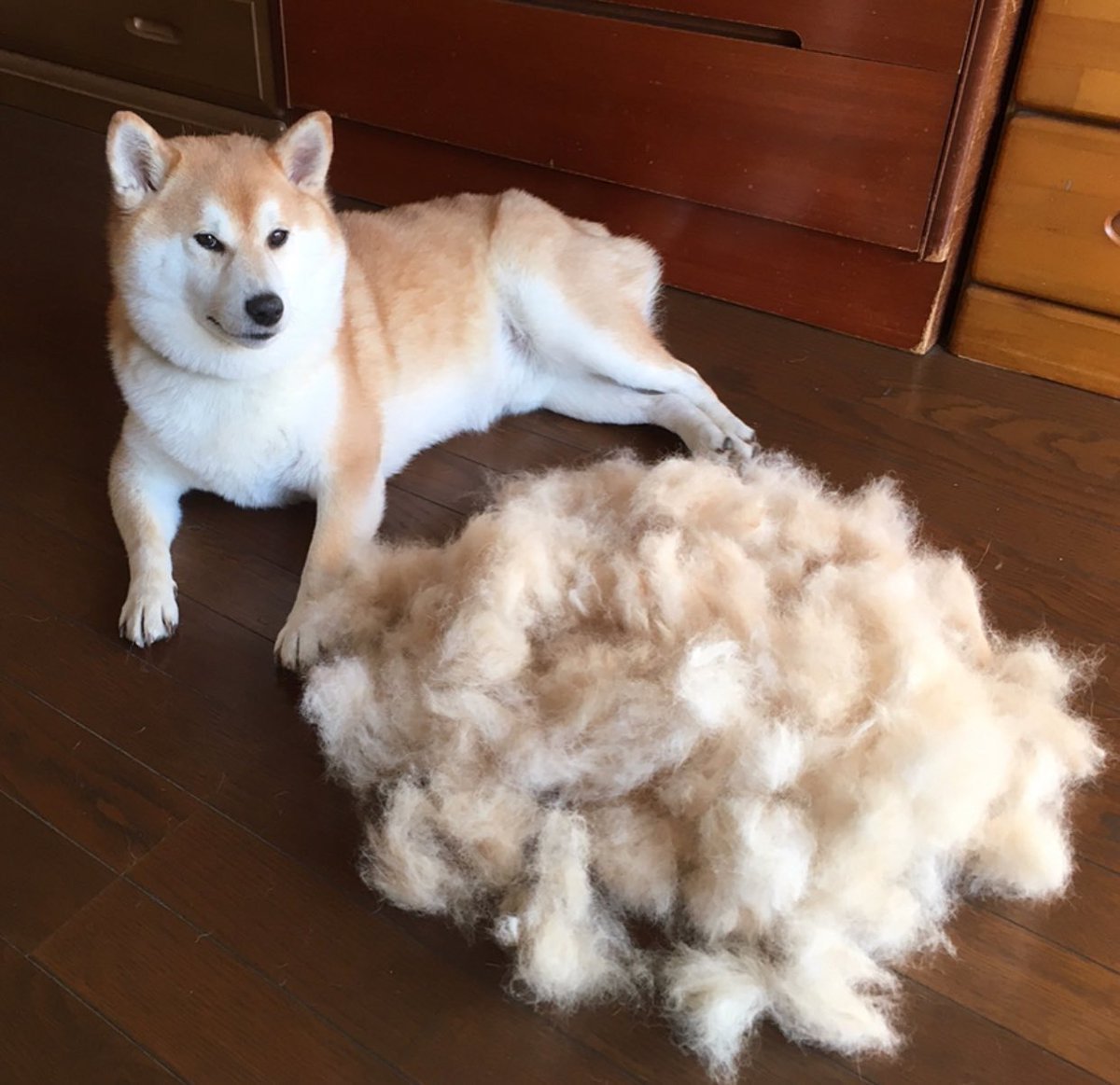 Unnatural hair, as a manifestation of domestication, occurs essentially in 4 varieties.

Hairy hair. The cover is long, rough; hair has a multi-directional pattern and tends to separate on both sides (parting) on the head and along the back, and also for fullness (e.g.. komondor, Russian shepherd dog, bobtail, puli).

Coarse coat. The cover is made of medium length hair, rough to the touch, more or less protruding. Such hair often forms a beard, and bushy eyebrows above the eyes. A hard coat is desirable in dogs with coarse coats, compact and dense, compact undercoat (airedale terifer). Among coarse hair, sometimes there is also a longer hairy hair, protruding among the hair of the cover (e.g.. German wire-haired pointer).

Woolly coat. There is no clear distinction here between the cover hair and the undercoat. The fur is uniform, rather rough and hard to the touch, with a natural tendency to curl - it resembles sheep's wool and it is easy to make felts (e.g.. bottle). Woolly and shaggy hair are related forms, So it is sometimes difficult to qualify a given individual to one of them, for some races (komondor, Old German Shepherd Dog) there are intermediate types close to one or the other group

Silky coat. It is also a form of hair resulting from long-term selection, rather indicative of the degeneration of the dog's garment. The silky coat is medium to long, rather not compact, with a silky shine, prone to creating waves and curls, often with or without poor underlining. Such a coat is only allowed for house dogs, because it does not protect the animal from rain due to the thin or missing undergrowth. In such breeds, the longest possible hair is valued, delicate, shiny (e.g.. at a Maltese man, dwarf spaniel).

Skin. When evaluating a garment, attention is paid to the skin; sometimes it is tightly fitted, like for example. in fox terriers, doberman, or profuse loose, forming dewlap and folds (bloodhound, bulldog). What is required in one breed, for another, it may result in disqualification. The pigmentation of the skin is also noted, which should be in harmony with the dog's coat, just like the color of the claws.

African or Chinese races with completely bare skin or only here and there are covered with tufts of bristle hair are very rare..