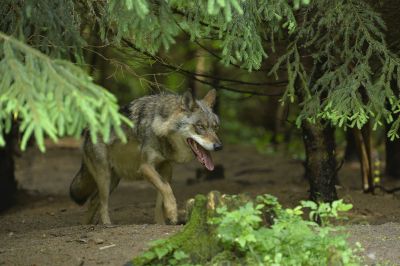 The largest representative of the canine family - body length, including the tail, up to 1, 9 m. Gray hair, gray-brown or black. The male's weight is 40-60, while the female 30-50 kg. The tail is long and fluffy with a tuft of black hair, the so-called. violet gland. It lives in vast forest complexes. He lives in individual groups - packs, led by the so-called. for alpha, male basior and female wader. The average number of individuals in the pack is from 4-6 individuals. In addition to the dominant pair, the pack includes their offspring from the last 2-3 years, as well as individuals related to them, less often unrelated. There is a strictly defined hierarchy in the wolf pack. The group is headed by the aforementioned alpha pair, followed by the beta individual (guardian), then successively - subordinate individuals, omega individual and puppies, that are outside the hierarchy. The basis of the wolf's diet is large ungulates - deer, deer and wild boars, which they hunt together with the whole group. When there are not enough large ungulates in the habitat, they can kill: hares, presses, jenoty, Beavers, birds; eat carrion and plant food. Livestock represent only 2-3% whole food. Wolves lead a wandering lifestyle covering an average distance 20 km per day. Only during the birth and rearing of the young, they stay in one place longer. Then their shelter is a burrow, a place under a trench or other hiding place. Only the dominant couple has the right to reproduce. They have one litter a year, in which is born from 4-6 young, however, only some of the wolves have a chance to survive, which are contributed by, among others, the predators that hunt them and the fierce one, long winter. 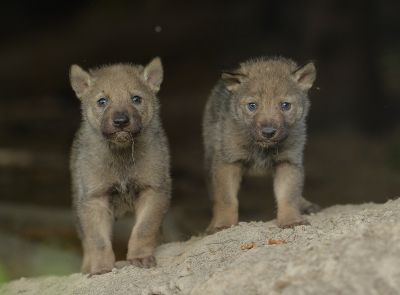 Young wolves are born in the period from March to April. After the pups are born, the wader remains in the burrow and the group members provide her and the developing puppies with food. Characteristic of these predators are complex social behavior and the so-called. "Facial expressions". Wolves have perfectly developed sense organs - hearing and smell, and a better ability to see in the dark and in the dark compared to humans. Each pack has its own, well-defined territory, the periphery of which is marked with feces and urine as well as intense scratching of the substrate. In addition to scent signals, wolves communicate with each other through howls, which in a wooded area is audible from a distance of approx 10 km. The string of wolf tracks in a straight line is called lacing. It is based on this, that wolves walking in a group move one after another and individual individuals one by one put their paws in the tracks left by the wolf walking in front of him. In European legislation, the wolf, just like the bison, is listed in the Bern Convention - Convention for the Protection of Species of Wild European Fauna and Flora and Their Natural Habitats. In the light of the Habitats Directive (92/43/EWG) is a priority species requiring protection in the form of designating Special Areas of Conservation (SOO) therefore, it is listed in Annex II of that legal act. Matters concerning the import and export of endangered species from the country are regulated by the so-called. Washington Convention (CITES). Trade in wolf trophies requires the submission of an appropriate application and obtaining a permit from the Ministry of the Environment! In Poland, the wolf is subject to strict species protection under the Act of 16 April 2004 on nature protection (Dz. U. 2013, No 103 item. 627). Based on the ordinance of the Minister of the Environment of 12 October 2011 r. on the protection of animal species (Dz. U. 2011 No 237, item. 1419), periodic protection zones are established around the breeding sites (500 m) valid on time 1.04-31.08. A species close to threat included in the "Polish Red Book of Animals". 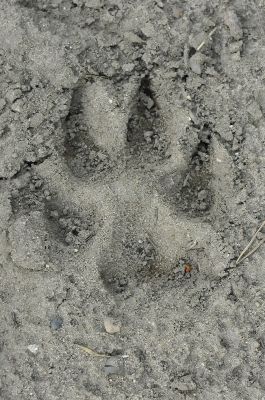 Wolf monitoring is carried out on the basis of registering traces of the presence of this predator. They provide invaluable information: tracking in the snow, paw prints left in the mud and sand, tropics, excrement, traces of urine marking, scratching and burrows found, lairs, traces of the remains of the victims, as well as data from camera traps. The most accurate data on the genetic variation of a population is obtained by analyzing the DNA of faeces, however, it is a very expensive method considering that, that several hundred samples must be collected, that your research is meaningful. Such research works were carried out, among others, in western Poland in 2002-2010 Association for Nature "Wolf". According to the wolf counting action of 16 January this year. carried out by the Regional Directorate for Environmental Protection in Szczecin, with the participation of employees of the Drawieński National Park, Forest Divisions and Regional Directorates of State Forests in Szczecin, In Szczecinek and Piła, approx 40 wolves. Their place of occurrence are forest districts: Drawsko, Borne Sulinowo, Chernobor, Wałcz, Człopa, Tuczno, Głusko, Drawno, Mieszkowice, Chojna, and Goleniów and Rokita. Population status monitoring was based on tracking. Area, on which wolves occur in the West Pomeranian Voivodeship are presented on the attached map (dig. 1). 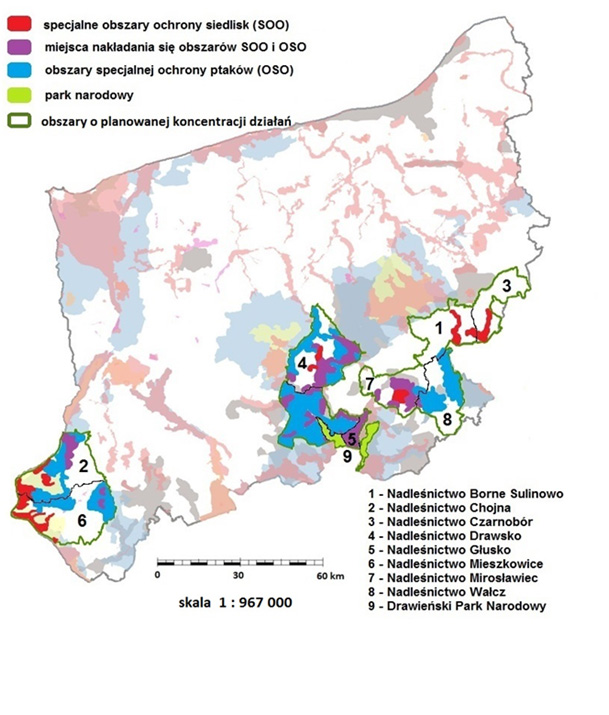 Dig. 1 The area of ​​wolf occurrence in the Zachodniopomorskie voivodship against the background of individual forest districts and protected areas